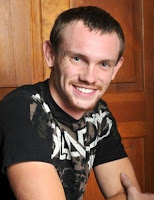 It has always been fascinating to me how people choose between varied career choices and hobbies. Stephen Armstrong, a regular person just like you and me but whom has a passion to capture people through the lens of a camera. Why would someone want to take pictures of other people? Or even enjoy it at that matter. To Stephen however, he is capturing something much differently. Sometimes it is hard to try to understand the mindset of an artist. An artist thinks very differently than the average man. They see things in a whole new perspective. I was able to personally get to know Stephen and i now consider him a really good friend... But i wanted to get to know him; as the photographer.

probably around the age of 6. My dad u

to photograph. I wou

pictures, and help sell them!

AJ: What was you

Stephen: My first camera was a Minolta point-and-

shoot camera. I can’t even remember the model of it or

anything, all I knew was that it would

, and flash. Dad taught me how to load the film

, and after that, I was off snapping pictures left and

right. I eventually wore that camera out.

AJ: What type of photos do you generally take? (Black & Whi

Stephen: I have a wide variet

I enjoy what is

probably the most challenging, "Posed" shots.

shots are challenging? Why is that?

Stephen: Posed shots are probably the

hardest because you have a certain image in mind, and the key

is to make that image in your head a reality. That is never easier done

personally like Black and White shots, but also the Sepia shots too,

AJ: So why photography?

Stephen: My father is a professional

photographer. Ever since I can remember in life, I have been around pictures, taking pictures,

packages, the whole 9 yards. From doing

to shooting sports photography at the baseball/football

parks, it’s been something I’ve been around and pretty much doing my entire

life. Naturally, as I

got older and got my own

cameras, I found this to be a job I really truly

enjoy doing and never feel like I’m working at

all while I’m out

with a client doing a shoot.

AJ: Thanks for taking the time out to talk to me; but before we wrap

shoot that you haven’t yet?

Stephen: I have a

couple things I want to shoot and have not been able to yet, but I have to say the one

thing I want to do is go to a concert and be able to shoot the performer. I love the Zac Brown Band and to be completely honest, if I could get a chance to take their pictures while up on

stage, that would almost be a dream

come true! But I’m not picky. I would do it for any musician just to do it! 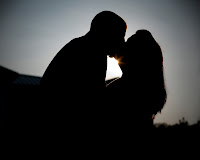 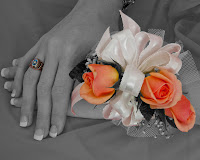 Get Up to Date