Rennie Curran- If you don’t know; you better ask somebody! 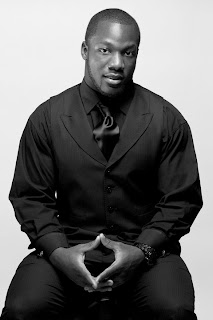 If you aren’t familiar with who Rennie Curran is, I'm sure you will know his name very soon. He started his football career in Brookwood High School transitioning to University of Georgia as their lead linebacker. Upon his final year at school Rennie had to make a life changing decision whether to stay in school or enter in NFL ‘s 2010 Draft pick. He made the decision to leave and Rennie became Tennessee Titan’s 97th NFL player draft pick. I got a chance to talk to Rennie and personally ask him some questions regarding the draft pick and honestly hear how he felt about everything and how it will all change his life!
AJ: Did you always know you wanted to play football? 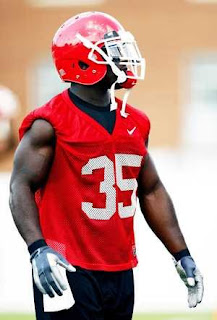 Rennie: I liked other sports because growing up there was dudes like Michael Jordan who made you feel like you could be like them. But football came natural to me. I tried other sports; but football came natural and I loved it. My parents didn’t know much about sports; and my mom just knew that people were hitting each other!
AJ: What are some things that motivate you?
Rennie: My family, my little girl. I’m not only playing for myself, but for my family and my home country Liberia. I represent them their aren’t too many NFL Liberian players. Whatever I do puts them on the map.
AJ: You say their aren't a lot of liberian players... how many do you think their are
Rennie: Maybe about 10…not a lot of people claim to be from there
AJ: Was it hard leaving UGA after your third year?
Rennie: Yes it was very hard because I built so many relationships it was always my dream to play there. If I would of stayed I would have been there lead tackle, and get more awards and be a college student. But at the time I felt this was the best decision for me
AJ: What excites you most about playing in the NFL?
Rennie: I’m most excited about, playing along with players I grew up watching as a young kid; it’s pretty crazy. Like watching Ray Lewis and then playing against him. The whole entire experience and the benefits it will bring financially and the types of experiences ill be able to have because of that. Helping my family; being able to travel not having to worry about anything. 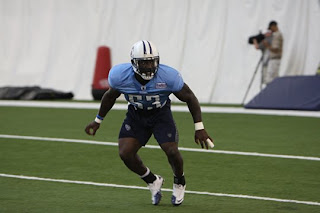 AJ: So what team are you most anxious to play against?
Rennie: The Colts! Because they have Peyton Manning, they went to the SuperBowl last year; played against the saints. He’s honestly the best in the league. If I had a chance to sack him it would be really cool.
SN: Peyton Manning better watch out :)
I am honestly proud of Rennie; but I hope he remembers as well as a note to many others…know that with anything new there is always going to be adversity, but with adversity always come a learning experience. Good luck Rennie… Aside from watching my ravens play; I have another team to cheer for!

Get Up to Date